Past My RØDE Reel Winners: Where Are They Now - Kyndra Kennedy, Best Female Filmmaker 2018

We're getting close to the end of My RØDE Reel 2019. Can you feel it?! There is $1-million in prizes to be won, including a $50,000 scholarship to the award-winning Full Sail University up for grabs in "The Trailer Is The Movie" – a brand new category for MRR where we're asking entrants to submit a trailer for the film of their dreams.

If you're thinking of entering this year, what better way to get inspired than by looking back on some of our past winners and seeing how far they've come since the comp? 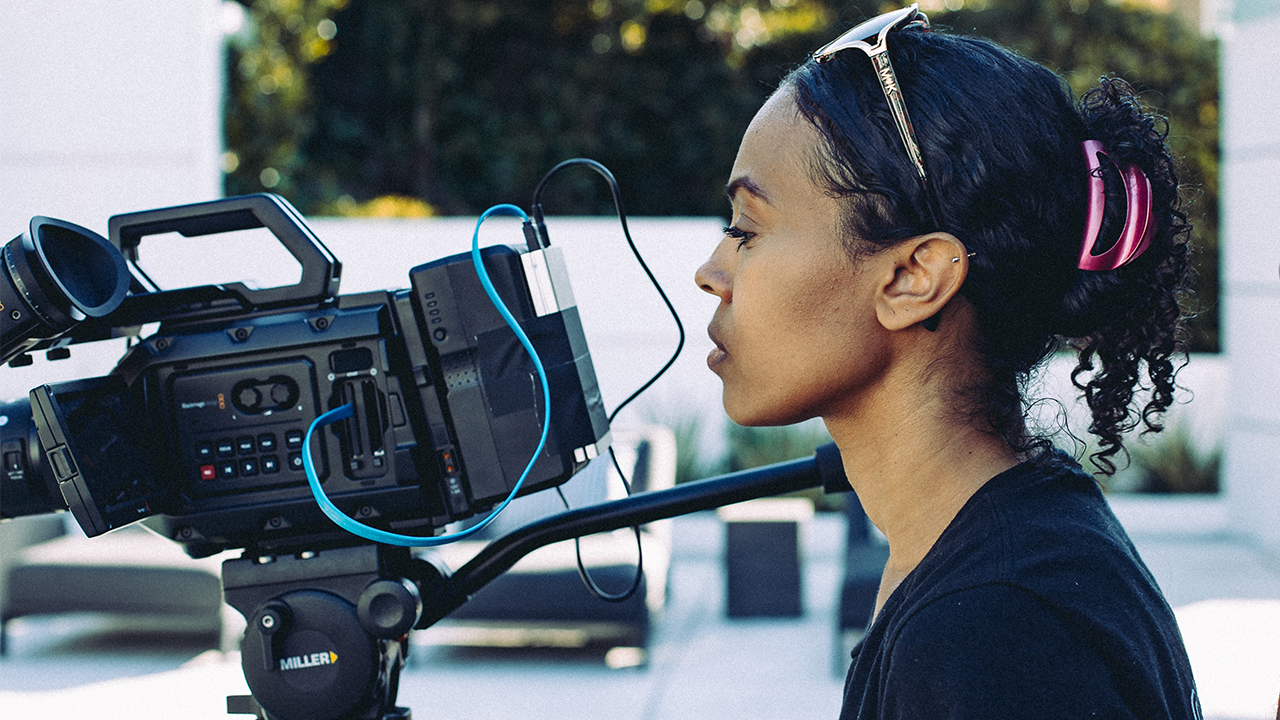 Kyndra Kennedy took out the Best Filmmaker prize last year for her GEMS, which she wrote and directed – it was also the finalist for Best Acting, Best Drama and Judge's Film (yep, it is good). The short film is a powerful vignette of the bond between two friends, tracing their friendship and the tragedy that tore them apart. Emotionally narrated and beautifully shot, it was a real standout last year.

Check out the film below and see what Kyndra has been up to since taking out the prize.

Give us an outline of your winning My RØDE Reel entry

Our film GEMS is a story narrated by a girl talking about her strong connection and sister-like bond with her best friend, Treasure. The story takes you through glimpses of their close friendship and inseparability. (SPOILER ALERT) Just when we see how special Treasure is, the audience (like the narrator) is blindsided, missing the signs of Treasure’s internal conflict and battle with depression. A story about friendship ultimately becomes a story about losing a loved one and the regret of not seeing the signs.

This story is one that hit home, and was inspired by true events. Many people miss the signs (if any) and have no idea when a loved one is suffering from depression. We created a story that begins with a “feel-good” tone in order to intentionally mislead the audience and blindside them with the unfortunately common reality that leaves loved ones with unanswered questions, regrets and broken hearts.

We shot this film in less than a week using several locations in Los Angeles, California, including the Santa Monica Pier and Venice Beach. The cast and crew consisted of four people in total, all volunteers. We used the RØDELink Filmmaker Kits for the dialogue as well as the voiceover. We entered the editing process knowing we wanted the first half to feel good and the last act to break our hearts. Our shots of colorful happiness and bliss are slowly interrupted with shots of muted colors and sadness. The music really helped to establish the shift in the films tone and mood. We licensed the beautiful song ASHES by Claire Guerreso as the theme song for the final act.

What are some things you learned from entering?

We learned it was possible for us to tell an impactful story in only three minutes. At first, we felt limited by the three-minute requirement, thinking the story had to be “simple” and lack depth… but instead the challenge gave us the opportunity to learn how to use the art of filmmaking and storytelling to take an audience on a short, yet meaningful and emotional journey. We now prefer keeping the overall running time of all our films as short as possible and enjoy the challenge.

What were some of the outcomes of winning the prize?

The win has been the gift that keeps giving! Not only has it encouraged us to keep creating but it has given us the tools and momentum to go beyond what we thought we could do as filmmakers. We started our video production company KYNA Media Films, LLC. We are officially FULL TIME FILMMAKERS!

Every day we are working on either a video project for one of our clients or creating another original short film, recruiting family and friends as cast and crew. We launched our website with information about all our video production services and links to our past work. From planning shoots, acquiring new clients, casting, filming, and editing, our lives have been completely transformed and creatively rewarding since our win.

What are you up to now?

This past April, we entered the MOMENT INVITATIONAL film festival using our My RØDE Reel prizes from Moment. We made a film entirely shot on an iPhone XR, using the Moment 18mm wide lens and of course several of our RØDE microphones. Our film Therefore I Am was selected as one of the 15 finalists and won for Best Experimental Film. We got to meet the MOMENT team and the other finalists during our trip to NYC and we saw our film played on the big screen at the event. A truly surreal and magical experience that we would not have had if it hadn’t been for our My RØDE Reel win!

We have done several music videos too. One we did is, Crushin, performed by Gavin Magnus, a 12-year-old up-and-coming social media influencer. The video was shot in one day in Hollywood, California and at the Santa Monica Pier. The video features Piper Rockelle, a popular YouTuber and actress. The video has over 10 million views.

Another music video we had the pleasure of creating, is Forever by 17-year-old recording artist and actress, Talin Silva. This video was shot in one day in Malibu, California. The house we used for this shoot was unfortunately burned down a few days after the shoot in the Malibu fires.

We also got to work with the talented, budding starlet, Issie Swickle, creating her music video for her single Mirror. Issie was cast as the lead role in the Broadway version of Annie. This video was shot in one day in Downtown Los Angeles.

We also did the video for the song Wake Up with You performed by the “Mongolian Cowboy” Enkh Erdene who was a contestant on the CBS talent competition “The World’s Best.” This video was shot in two days in Los Angeles.

We are currently in production with multiple films, including our film for My RØDE Reel 2019!. We are so grateful to RØDE and all the sponsors and companies who encourage and motivate filmmakers around the world to keep creating and giving us the tools, the opportunity, and platform to showcase our films. Looking forward to this year’s comp and seeing all the incredible submissions.

To find out more about My RØDE Reel and to submit your short film, head to the website. Entries are open now and close August 28th, 2019.