In this episode, Jonah speaks with Picture Editor, Colby Parker Jr (Ant Man, Hancock, Lone Survivor) about his transition from music videos to the big screen, and using the power of editing to bring all the pieces of a film together.

As well as this unique Industry Behind-The-Scenes series, RØDE are providing a complete series of Filmmaking Tutorial videos, designed to help aspiring filmmakers navigate the complexities of planning, shooting and editing their very own short film, to enter into the My RØDE Reel Short Film Competition.

Now in its 4th year running, My RØDE Reel has received close to 8,000 video submissions from 89 countries, making ‘My RØDE Reel’ not only the world’s largest short film competition, but also establishing itself as a staple amongst the global filmmaking community, for both professionals and enthusiasts alike.

The complete Filmmaking Industry Series will be released during the My RØDE Reel 2017 competition. 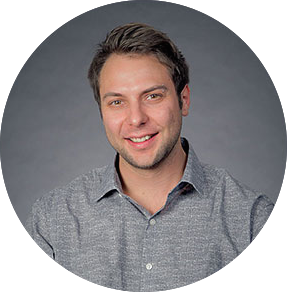 Jonah Guelzo is a professional Sound Designer, who's worked on major motion pictures, television, and high-end commercials. From working alongside Peter Berg on the sound design for HBO's Leftovers, to recording the vehicles in Fast and Furious 7, and high-end commercial short films for Lamborghini, Jonah is well versed in knowing how to make an impact on screen.

Balanced vs Unbalanced Signals and the RØDE VXLR Pro