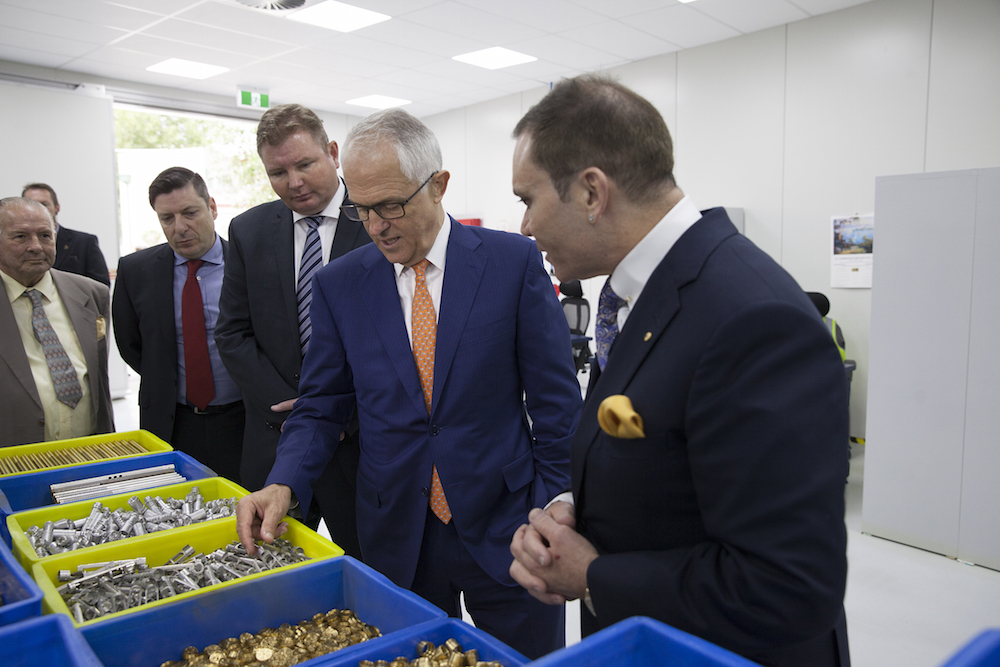 At the subsequent press conference on RØDE’s product assembly floor, Prime Minister Turnbull was delighted by RØDE’s continued growth, use of investment and innovation, creating “smart” manufacturing jobs in tandem with world’s best machine practice. He emphasised the need for reliable and affordable energy in the building of an internationally competitive electronics exporter like RØDE and how the Enterprise Tax Cuts scheduled for the budget will create the opportunity to employ more staff.

The Prime Minister said, “RØDE is an extraordinary story of Australian innovation; Australian manufacturing of the most advanced microphones, made here right in Sydney from the start. 94% of RØDE’s sales are exports – Peter, it is an extraordinary achievement. RØDE has got, in one of the most competitive markets in the world, the best microphones. RØDE Microphones – they are legendary, sold around the world – you have them on your cameras here.

“Peter Freedman and his team have proved [that] Australians can do anything, they can be the best in the world… And in a country where people say manufacturing is dying, here you see exactly the way manufacturing is growing. Not only has RØDE been able to grow its workforce here, it has been able to compete with the best in the world, including in markets where labour costs are lower. So this is a great Australian story.”

RØDE chief Peter Freedman AM was humbled by the recognition of the company’s milestone and success, thanking the Prime Minister for his interest and dedication to promoting Australian innovation and export.

“We’re very proud of where we are, in our 50th anniversary year,” he said. “It has been an amazing journey, one that I was very glad to share with the Prime Minister today. It was a real honour and pleasure to show him the facility, have him meet with the team and with my great ally Tony Furney, and share our success.”

Wireless GO II 'Merged' and 'Split' Modes: What They Are and When to Use Them

3 Simple Tips For Starting a Podcast That Hooks Listeners In