'Busker' centres around a man named James McCormac. He decides to record a vlog in order to give his own feelings on busking in Dublin, and show the city in all its natural glory, along with taking a look at various different buskers around the city.

This film was created in the style of a vlog, mainly to get across a sense of intimacy between the viewer and the main character. Vlogs are one of the most popular types of video on the internet because it gives us that dive into someone's personal life that a film or documentary cannot give us. The handheld, self made grit of the piece sells this personal connection between the audience and James.
Dublin was the central location of the piece and if anything one of its main characters. I made sure to show off as much of the city as possible in the piece, whilst also centering in on the buskers of Dublin themselves.
Products-wise, a RODE VideoMic was used for audio, a Nikon D3200 for video, with most shots being handheld or kept on a tripod. 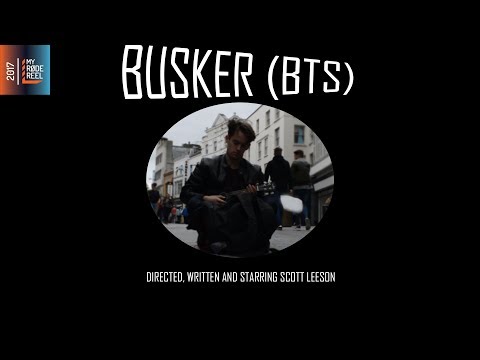