Calling All Podcasters! We Just Launched a New Podcasting Competition, My RØDE Cast

To celebrate the launch of the two most exciting new products in podcasting – the RØDECaster Pro™ and RØDE PodMic – we are proud to announce a new competition for podcasters, My RØDE Cast! 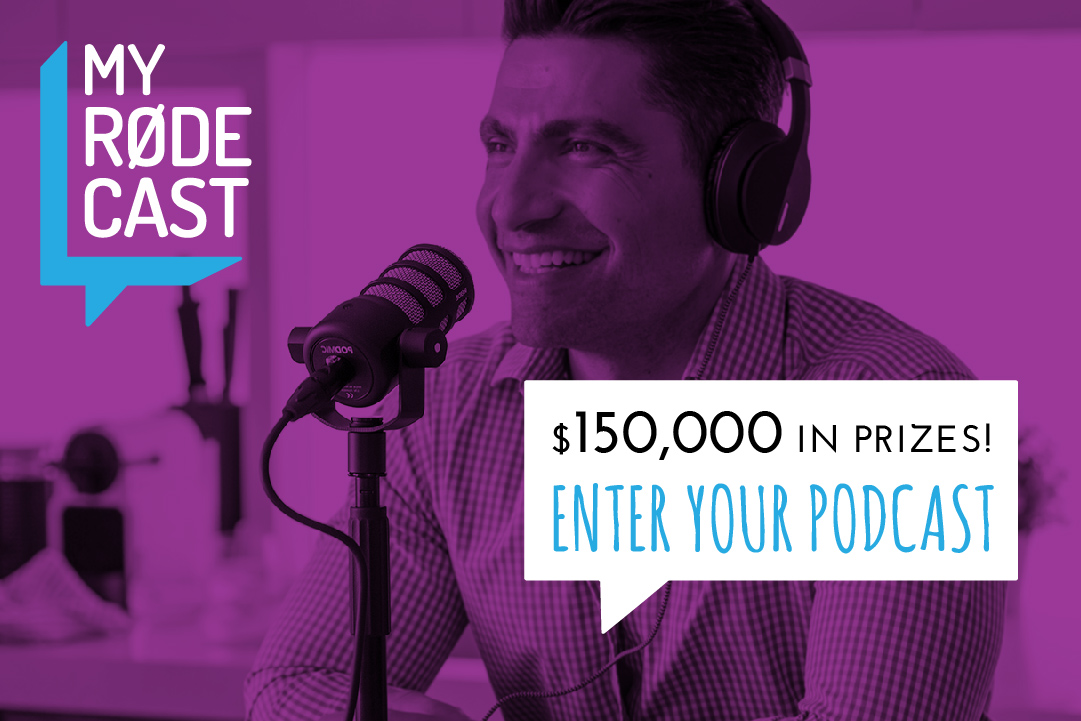 Following in the footsteps of My RØDE Reel – the world’s largest short filmmaking competition, which celebrates its sixth year in 2019 – My RØDE Cast is a global competition inviting podcasters of every experience level to showcase their skills.

Entrants simply need to submit a 1-2 minute podcast on any topic and in any format to go in the running to win a share in over $150,000 of prizes, which have been carefully selected by the RØDE team to help podcasters kickstart their journey, or invigorate one that has already begun.

“We are very excited to announce our brand-new competition, My RØDE Cast,” says Freedman Group CEO Damien Wilson. “RØDE’s reputation as the Choice of Today’s Creative Generation has been showcased time and time again through the success of initiatives like My RØDE Reel and Master Your Craft, and My RØDE Cast will do so once again, this time in the ever-expanding domain of podcasting. We can’t wait to hear what people submit!”

Building on the widespread renown of products like the Podcaster and Procaster, RØDE has solidified its position as the go-to brand for podcasters with the RØDECaster Pro Podcast Production Studio and PodMic – which are among the incredible prizes up for grabs in My RØDE Cast. Also up for grabs are goodies from Adobe, Angelbird, Urbanears, Blastwave FX, Primacoustic, and more.

HOW TO ENTER
Entering My RØDE Cast is simple: Create a 1-2 minute podcast on any topic, in any style or genre (chat, documentary, interviews, news, fiction – you name it!) that is engaging, entertaining, and impresses our judges. It’s that simple.

THE JUDGES & JUDGING CRITERIA
The entries for My RØDE Cast will be judged by a trio of podcasting legends:

• Mike Dawson - Engineer, co-producer and voice of The Adam Carolla Show.
• Jacob Salamon - Co-founder and CEO of WISECRACK.
• Jordon Lott - Content coordinator at Acast and producer of The Thinkergirls podcast.

All entries will be judged on originality, creativity and production quality – how clean the audio is, use of music or sound effects, good editing technique, vocal delivery, flow, and so on. Anyone can enter!

THE CATEGORIES & PRIZES
My RØDE Cast has three prize categories: Major Prize, Runner Up, and People’s Choice – which is awarded to the most popular podcast as voted by the public.

PLUS, THE FIRST 500 ENTRIES WILL RECEIVE A FREE RØDE SC6-L MOBILE INTERVIEW KIT!

Head to www.myrodecast.com to enter now and join the podcasting revolution.

"What I Look For in a Podcast": Hrishikesh Hirway

How To Use a USB Mic To Record Music at Home

How To Get Better Sound on Your Video Calls

How To Improve Your Audio When Presenting a Class From Home